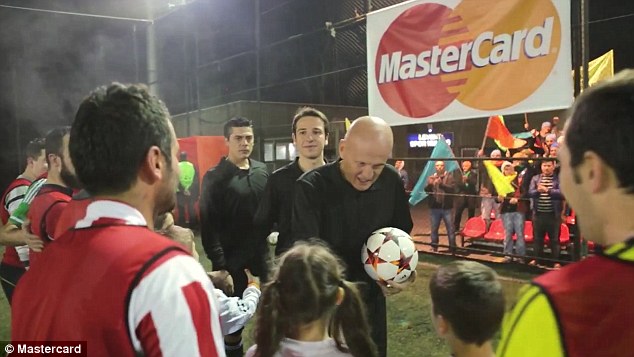 Mastercard has recently produced an outstanding commercial where two unsuspecting five-a-side teams were given the surprise of their life when their ordinary game of football in Istanbul was turned into a spectacle to rival the Champions League final itself.

The players were all ready to kick off when all of a sudden the famous Champions League music started blaring out, a herd of young children ran onto the pitch to act as their mascots, a stand was revealed with a horde of fans cheering them on and legendary referee Pierluigi Collina, who officiated Champions League and World Cup finals in his career, turned up to oversee proceedings.

Mastercard put everything together for a brilliantly executed advertisement to activate the brand’s partnership with the Champions League. Other Champions League sponsors like Heineken have in the past done adverts with the collaboration of random fans and the results have always proven to be excellent.

Besides the creativity that the brand showed with this piece, it’s yet another great example of how former players, managers or even referees are an appreciated marketing platform for brands that invest in football.