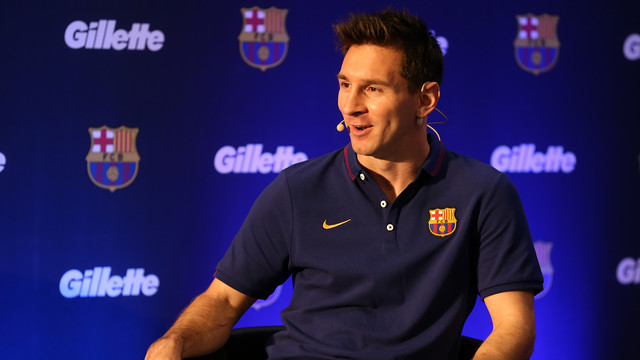 As one of the global ambassadors of the brand, Messi has been the face of Gillette‘s campaigns over the past months. We have seen him alone, starring in TVC and attending events, and also featuring next to other celebrities like tennis player Roger Federer.

In this occasion, Lionel Messi‘s skin is tested to the limit by Gillette to prove that their newest blades are the most precise even when the skin has suffered under the worst weather conditions. This particular TVC was shot and aired in Latin America, where Gillette is the official shaver of FC Barcelona. Thus, the brand could use both FC Barcelona’s crest and Messi’s image.

Since Messi is the brand’s global ambassador and the brand has certain rights and privileges (time with the player to shoot a commercial, for example), Gillette took the opportunity to shoot a TVC with FC Barcelona’s most iconic player on its own and to promote their association with the club. Under normal circumstances and being a sponsor of the club, Messi would have had to feature with some other 3 or 4 players from FC Barcelona and they should have worn the official kit. However, being an official sponsor of the club and having Messi as their global ambassador gave Gillette some flexibility to combine their rights for both the club and the player.

You can see below the outcome of the latest campaign: