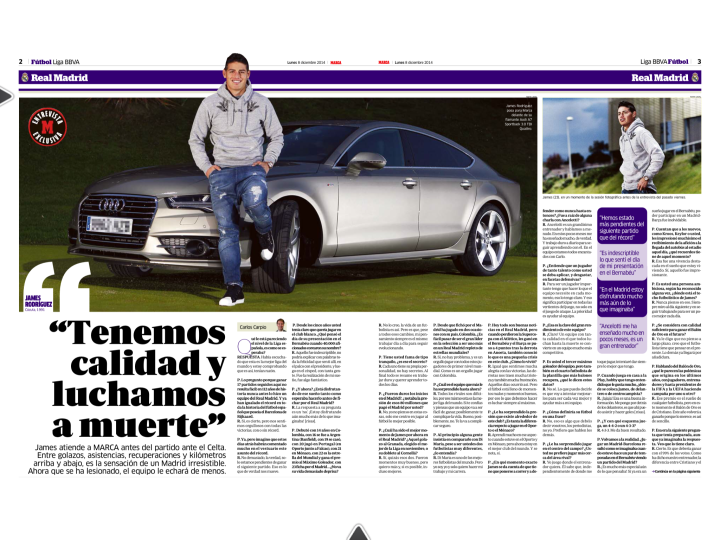 Real Madrid’s Colombian star, James Rodríguez, conceded an exclusive interview last month were he discussed all sort of topics related to his job and his team. The session was organized by Audi, which is an Official Partner of Real Madrid, making it difficult to say if it was part of the club’s agreement or something that James did on a personal capacity. The player is not wearing Real Madrid’s kit or posing in front of the club’s badge so we would tend to think that this particular interview was not part of the club deal since Audi wouldn’t be fully exploiting their rights (Real Madrid simbols).

Anyhow, this interview arranged by Audi (and published at double page by Marca) proves, again, that the formula photo shoot + branded interview works very well and it gives high levels of visibility to the brands.