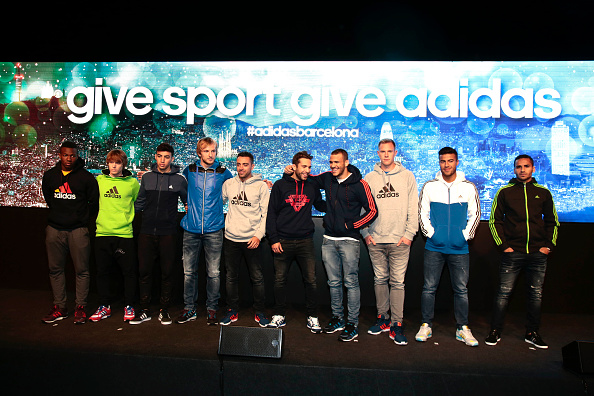 Nike is the official kit sponsor of FC Barcelona and as such obtains a lot of exposure every time there’s a commercial photo shoot with FC Barcelona’s players or a campaign with the players of the Spanish giant.

However, Nike’s principal rival, Adidas, recently tried to cleverly associate the brand to FC Barcelona. Adidas gathered all the brand ambassadors that play for FC Barcelona and organized an event with all of them together. Thus, trying to associate the brand with the club, despite not having the rights. Adidas gathered Xavi, Rakitic, Jordi Alba and so many others for an event that included media presence and brief interviews to the players.

On top of that, the brand has recently launched a campaign called “give sport give adidas” where we can see up to 14 players -including Messi and Luis Suárez– from FC Barcelona (all of them ambassadors of the German brand) posing in front of a panoramic view of the city of Barcelona. The adverts can be seen all around the city in billboards and decorating buses (as seen in the example below). 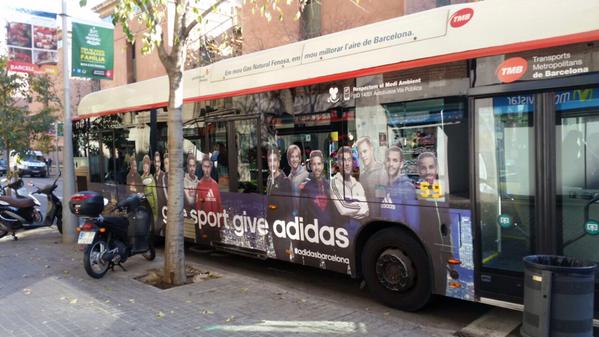