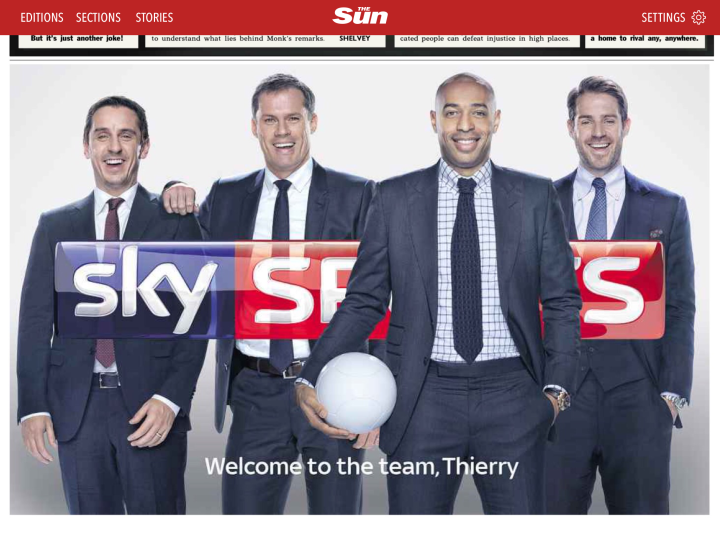 Thierry Henry announced his retirement from football when the season ended and he has joined Sky Sports as a football expert and ambassador since the start of 2015. As we can see in the example above he is already the star of adverts and promotional campaigns by Sky.

Thierry Henry broke records on the field during his career as a player and he has already started doing the same in his new career as a pundit.

The Frenchman has joined Sky as a football expert and ambassador on six-year deal that is reportedly worth £24m, making him the highest-paid pundit on TV. And yet, he will still be able to work for BBC at major tournaments as he did during the World Cup (but he is not permitted to work for Sky’s arch-rivals BT Sport, who were also keen on signing him).

According to Sky Sports: “viewers will be able to enjoy Henry’s opinions and insight forged from a playing career of unparalleled success, where he lifted more than 35 major individual and team trophies including the World Cup and European Championship for France, the Champions League and La Liga with Barcelona, the Premier League and FA Cup at Arsenal, the French League at Monaco, the MLS Shield with the New York Red Bulls and the European Golden boot, amongst others”.