Kun Agüero keeps breaking records. He recently celebrated becoming Manchester City’s player with more Premier League goals in the history of the club. That was when he scored his 61st goal during the game against Tottenham. He is now, with 64 goals in 98 games, increasing the difference with the former leaders of the list and will keep doing it in the foreseeable future.

Not only he became Manchester City’s top scorer but he also became the player with the best ratio goals/minute in Premier League’s history. Scoring a goal every 108 minutes he is well ahead of the second one on the list (Thierry Henry with a record of 121’8 minutes/goal) and he now tops a list filled with Premier League legends like Alan Shearer, Ruud Van Nistelrooy or Thierry Henry himself. The question that is being raised now is if he can break yet another record and score more than 31 goals by the end of the season.

The answer is he could do it if he were to maintain his current form and goal scoring pace. 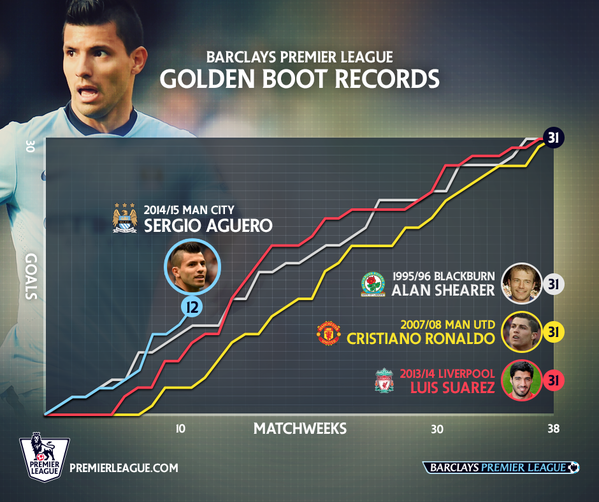