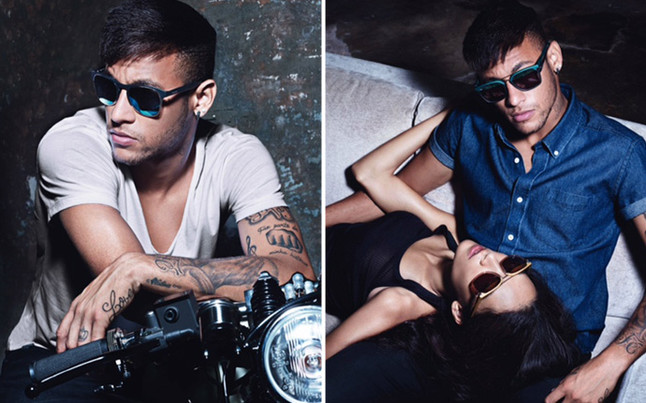 Police announced that the brand would extend the contract with Neymar Jr. and hence the Brazilian player is, one more year, the star of Police’s new campaign. The player models for second consecutive year in six photos from the 2015 collection of sunglasses of the Italian brand.

“It is my pleasure to participate in this campaign. I liked very much the style of the photo shoot with the bike and clothing that matched the new sunglasses,” said Neymar Jr. on the campaign. He features in this campaign next to the Mexican model Daniela de Jesus.

Below these lines you can see the outcome of the 2015 campaign: