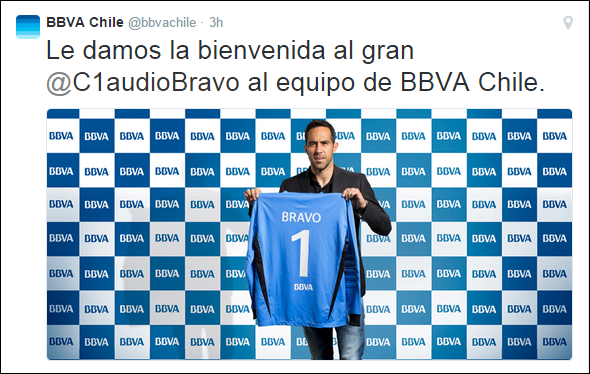 BBVA recently announced via Twitter that FC Barcelona’s Claudio Bravo will be the bank’s new ambassador in Chile. The player will be representing values he shares with BBVA such as teamwork, effort, commitment and honesty. Claudio Bravo is an icon in Chile and a symbol of triumph for millions of people in his country and the rest of Latin America. He said that “Being an ambassador of BBVA is something that fills me with joy, it is a prize to the values and the way I understand my profession. It’s not just kicking a ball, it’s also values such as sacrifice, humility and decency”.

BBVA has already started with the activation of the partnership and they recently launched the first TV advert featuring the goalkeeper: